Understanding the Nature of Prejudice 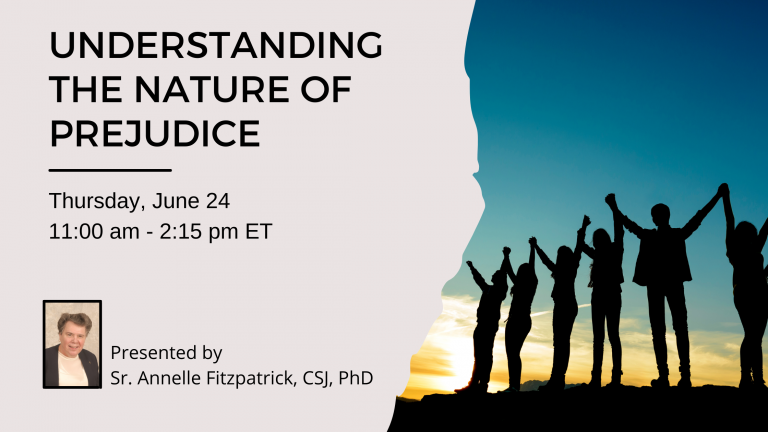 This program is a repeat live presentation of the session first presented on March 8, 2021 during the Leadership for Mission Conference. Participants may be eligible to earn up to 3.0 continuing education hours based on attendance. Credits available for administrators, nurses, chaplains, dietitians, and NYS social workers.

Few would deny that the challenge of healing the racial divide in our nation is a major concern to most Americans. However, while racism afflicts the United States, many Americans are not aware that the issue of racism is a worldwide problem. The General Assembly of the United Nations acknowledged racism as a global issue and stated, “flouting international law, racism pervades all countries.” (UN General Assembly, 2014)

Social researchers tell us that if we hope to eradicate racism and heal the racial divide, then it is imperative that we all learn more about the sociological and psychological forces that give rise to racial intolerance, implicit bias, microaggressions and xenophobia.

This webinar is designed to give participants a comprehensive understanding of the nature of prejudice, its roots and its consequences.

Topics addressed will include the following:

It is hoped that this webinar will give participants a deep insight into both the conscious and unconscious forces lurking in the human heart that give rise to prejudice and racial discrimination.

Learning Outcome
Participants will be able to name two or three strategies to combat racism in the workplace.

Learn more about Sr. Annelle Fitzpatrick, CSJ, PhD:
(Associate Professor of Sociology, St. John’s University)
Sr. Annelle Fitzpatrick is a Sister of St. Joseph. She holds a PhD in Sociology with a concentration in Cultural Anthropology. For the past 25 years, Dr. Fitzpatrick has been a member of the faculty at St. John’s University. Her passion is interfaith dialogue and bridge-building between diverse religious traditions. In addition to teaching, she has lectured extensively throughout the United States, Canada, Ireland and Australia on numerous topics related to issues in cultural competency, such as “Death and Dying: The Prayers, Rituals and Beliefs of World Religions,” “Jesus and Mary in the Holy Quran,” “Religious and Cultural Dos and Don’ts,” and “Cultural Clues and the Patient Encounter.” Dr. Fitzpatrick also serves on several boards and has numerous publications in journals such as Health Progress, The Journal of Human Development, Vincentian Heritage, and The Journal of the National Medical Association.