By Tiffany Dotson, Rosemary B. Field, and Georgina Morley 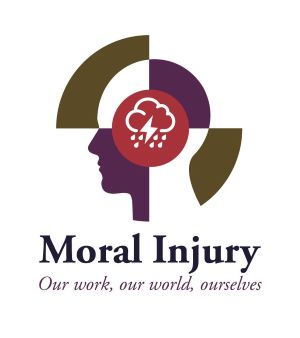 Moral distress is the psychological distress experienced in relation to a morally challenging situation or event, and it has been shown to affect all health care disciplines.

We will use this case study to explore types of moral distress (Table 1). We also provide suggestions for responding to moral distress and outline how to leverage resources.

Helping a patient to function as independently as possible is core to a patient-centered care model. But during hospitalization, nurses must balance patients’ independence with education to promote healing. Unfortunately, sometimes practices as basic as hand hygiene collide with patient autonomy.

Mr. Anderson, a fiercely independent individual who became paraplegic in the military, was adamant about managing his own bowel and bladder care. He had a suprapubic catheter and performed manual evacuation of his bowels. During his three-week hospitalization for a urinary tract infection, Clara and her medical-surgical nursing team wanted to support his stated goal. But Mr. Anderson declined to wash his hands prior to catheter care and insisted in being left alone when he performed his bowel care regimen, though he was at serious risk of falling.

Clara understood Mr. Anderson’s tenacity, but she was also angry at his verbal abuse towards the nursing team. Allowing Mr. Anderson to do things his way put him at greater risk for further infection, “but my other option is to continue to constraint his autonomy,” Clara said. “No matter what I do, it feels wrong.”

Clara could not be seen as the “nurse that got along with him,” because that would mean she would be assigned to him all the time. (A couple of other nurses that he “got along with” felt the same way.) Clara was just so tired of fighting with Mr. Anderson. When she was in his room, she did not feel like she was the nurse she wanted to be. She struggled to see Mr. Anderson with compassion. She wanted the case managers to hurry up and place him in a skilled nursing facility – then Mr. Anderson would be someone else’s problem. While she knew that was not the right attitude, she was at her wits’ end.

Mr. Anderson was unwilling to be guided to care for his catheter. His manual evacuation of his bowels required long periods of time in the bathroom, and he insisted that he remain unsupervised. When Clara tried to provide education and direct guidance about hand hygiene practices, Mr. Anderson became verbally abusive. When she checked on him in the bathroom, he got angry and stayed in longer. Clara did not have time for Mr. Anderson’s abusive language. She had other five other patients who needed her help.

Julie, a clinical nurse specialist, had noticed that challenging patients were becoming a more frequent occurrence on the medical-surgical units. Mr. Anderson was simply the worst one this week. “How do we support caring nursing behaviors?” she asked the nurse manager. “We have talked about all these strategies, but nothing is budging. We just can’t keep hoping it will work out.” The problem is chronic, but both of them know that allowing the situation to drift, as has happened in the past, is simply not the right thing to do.

Julie could not accept that the only solution was to wait for a transfer to a skilled nursing facility. The medical-surgical nurses were experiencing problems now. Julie and the nurse manager wanted to proactively put into place an administrative response to difficult and verbally violent patients. She believed that trying these ideas could support the nurses caring for Mr. Anderson. But it was frustrating to hear them say, “What else can we do? It is part of our job, and he will be discharged soon.”

Ethics consultation helped mitigate the situation, however. With the ethics consultant, the nursing team clarified which interventions were absolutely necessary, and which could be delayed or omitted. The team also received Moral Distress Reflective Debriefs, which provide time and space to talk with a bioethicist, chaplains, and counselors. Self-care resources available in the healthcare system were also highlighted.

Clara and the nursing team experienced different sub-categories of moral distress as they balanced their attempts to provide evidence-based care and honor Mr. Anderson’s autonomy.

Helping staff to feel safe in expressing their moral perspectives with others is a vital step in addressing moral distress and more specifically, moral-tension distress. Bringing in the bioethics consultant allowed team members to engage in dialogue, reflect, and begin to transform the negative environment around Mr. Anderson and future difficult patients.