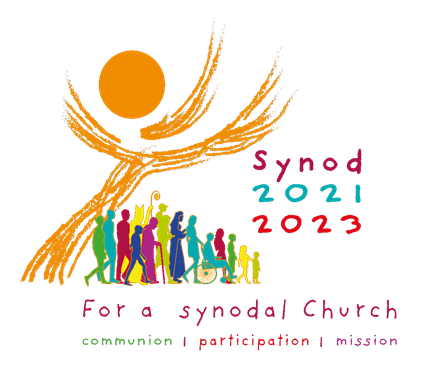 Sixty years ago, the Roman Catholic Church opened its windows to the modern world when Pope St. John Paul XXIII opened the Second Vatican Council. The role of laypeople expanded; the liturgy was updated; the Catholic Church engaged in dialogue with other religions; and the concept of religious freedom grew.

Listening, according to Pope Francis, is one of the golden gems of the synod. The NACC conducted its own listening sessions last spring, and so did thousands of other Catholic institutions, including many parishes.

Parishioners at St. Francis were offered 20 sessions, either in person or online, to address questions about how the Holy Spirit is moving through their lives. And while they addressed the synod’s common topics such as eucharistic revival, LGBTQ relationships, women’s ordination, and clergy sexual abuse, they also spoke about issues closer to home and how their lives were impacted.

“Drug use is common,” Fr. Garry said, referring to a more common “hurt” addressed in discussion. Other common topics included COVID-19 and the pain they felt when churches had to close large gatherings.

The pandemic caused a wide range of responses. Some churches shut down. Others allowed worship with masks and social distancing. Further, requirements to reserve pews in advance were mandated at some churches. Others televised Mass on FM stations for those who remained in their cars; afterward, a priest would distribute Holy Communion to parishioners in the church parking lot. Still others remained at home and participated in Mass televised on Facebook; while unable to receive the Holy Sacrament, homebound Catholics participated in Spiritual Communion.

Listening to the voices of its faithful, healing, and responding to crises and societal issues are at the core of the journey. The journey together is in part what it means to be a missionary church in the world.

What might be some of the outcomes Catholics could anticipate from the synod once it concludes, and what are the hopes of clergy?

“What I would hope for is people would have greater trust and a sense of community, that their story matters, and we as a church community are listening to one another,” Fr. Garry said.

Throughout the journey, the Church will welcome back those who have felt left out of or injured by the Church. In a 45-page document titled Enlarge the Space of Your Tent, published on Oct. 27, the major themes of listening sessions from across the globe cried out for greater inclusion: remarried divorcees, single parents, LGBTQ people, and people in a polygamous marriage. The document states, “People ask that the Church be a refuge for the wounded and broken, not an institution for the perfect. They want the Church to meet people wherever they are, to walk with them rather than judge them, and to build real relationships through caring and authenticity, not a purpose of superiority.”