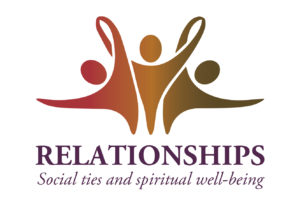 Leo had been a patient in this hospital many times. Never spoken but inferred, Leo and his clinical team knew this visit would be his last. He had never deliberately abused his body, but it had been neglected through years of scraping his meals from Styrofoam containers in garbage cans and sleeping in places unsuitable for sheltering the human body. When asked what he needed most now, he replied, “To see my son.” Their separate lives had never made room for them to reach out through the years. But now, the heart was speaking its need.

The unknown was whether the son would agree to see his father after years of bitterness between them. Moreover, the procedural hurdles of a prison release for a few hours to visit a dying father would be immense. But once the son admitted to an eagerness to see his father, dozens of phone calls ensued – hospital leadership and security, the sheriff, the lawyers, prison personnel, transportation strategies, patient safety and more.

The only Leo I had known bore a face of resignation, the outward manifestation of his impoverished life. Late in the morning, Leo was told that his son would be at the hospital by early afternoon. It was the only time I experienced the barest smile on Leo’s face, exposing gaps of missing teeth. Beneath the covers, his limbs and body stretched as though awakening to life and welcoming what was to come.

Neither father nor son could have predicted the content of their meeting, but each was willing to hope and trust and invite in the future. Lives transformed. But sadly, before the van left the prison, Leo died. That happens sometimes, that all a dying patient needs to know is that they were loved enough for the special person to want to come. But grace was there in the acknowledgement of their love for one another, and animus had been erased in the simple gesture of “I want to be with you.” Spirits speak, God is in the meeting, and grace is given without our bidding or imagining.

For certain, every chaplain knows that there is no end to the surprises that God brings into every encounter. Consider Chester, for example. Chester was old and did not mind telling people his age. “That,” he said, “is how I got 10 children, 56 grandchildren, and a scattering of great-grandchildren, and a few great-great-grandchildren.” And then, he would smile broadly. “And I taught every one of those youngsters how to fish. Even the girls.” Chester loved “those youngsters.” Chester loved to fish. A bonus for Chester was telling his version of the biblical stories of Jesus fishing with his friends. He believed it was important for all children to learn about Jesus. “You can’t have a better friend,” he told them.

However, and to his dismay, the offspring did not remain friends with one another – and, he suspected, not with Jesus. Chester’s journey to be with Jesus would soon be over as he approached the end of his life. I was told that his wife had died years before, and he was eager to be with her. “He has some children, and they have been contacted, but we haven’t seen any of them since he came in,” his nurse told me.

I had seen Chester several times, but never with visitors. He drifted in and out of sleep during our time together. In the awake moments, he told stories of his wife and their offspring, expressing deep love. He was candid about the sadness he felt that his children were not closer. In my previous visit with him, he had mostly slept. I was grateful he would be my last visit of the day, so that I could sit with him as long as he needed.

As I entered the ICU, I could see that Chester’s room was filled with people. My first thought was that his condition had worsened, necessitating more clinical staff. But as I got closer, it was obvious these people were not staff. I walked into a room of at least 40 of Chester’s offspring. They were laughing and sharing fishing stories, revealing the loving character of this man, “Grandpa Chessie,” as they knew him.

Chester appeared to be sleeping, but then I saw it. His right hand was making a motion from the wrist, as though he were casting a fishing line.

No one else seemed to notice. But important familial engagement was happening in the room, and I did not dare interrupt to point out Grandpa Chessie’s participation. More family arrived, and eager hugs followed, with statements like, “It has been too long. I have missed you.” This family was revealing the same love they had known from this man and never stopped feeling for one another. And Chester received years of kisses and love.

Love does not die; it must be given away or we will die.

Jennifer W. Paquette, BCC, is now retired and previously served as director of mission services at The St. Joseph’s Hospitals in Tampa, FL.

Jesus’ invitation to friendship is waiting for us – By Laurie Brink