Walking across the parking lot toward the behavioral and mental health center, I noticed the windmills set upon the mountain ridgeline separating West Virginia from Maryland in the distance. I smelled the crisp autumn air as overwhelming colors crawled over the hills surrounding me. I was in an amazing backdrop of beauty and life for healing and ministry. It was Wednesday, and I was about to facilitate an hour-long spirituality session of group time with young adolescent boys who were court ordered to this residential facility for detention and rehabilitation. 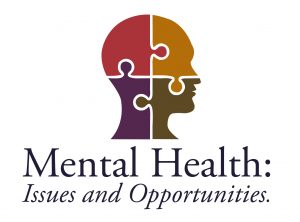 I rotated between two groups every week. One group included drug and substance abuse offenders; the other was boys charged with sexual offenses. Every day in the main hospital, I did typical chaplain duties: serving families of patients withdrawing life support in intensive care; facilitating grief with palliative care; baptizing babies and holding the ones who died; facilitating goals of care discussions, and so on. But during this one hour each week, I was with a group of young men who were barely one step away from incarceration. They voluntarily spent their free time with me to discuss spirituality. And what does “spirituality” mean for adolescents who are struggling with behavioral and mental issues, who have acted out on the world, others, and themselves? It meant community, trust building, remembering, sharing stories, being vulnerable, being honest, and hopefully it meant reconciling their life-threatening choices with their life-giving hopes. I wondered if any of my clinical work in the hospital could translate over to this population.

When I picked up the assignment to facilitate the spirituality groups, I met with my predecessor to hear the wonderful things she did with them: beach ball ice-breakers, creative emotional exercises for coping, charismatic prayer, Bible studies, and more. I was nervous about what I could do for them, as I didn’t believe I was all that creative. But relying upon my experiences of Ignatian spiritual direction, I began by asking them the question of the resurrected Jesus to Mary Magdalene: “Who are you looking for?” I went further and asked, “What does spirituality mean to you? When was a time you felt spiritual?” These were not really clever or creative questions. I simply wanted to gauge their spiritual needs. But what emerged was breathtaking.

Every boy told his story of remembering that at some point in his life, he had felt connected to something or someone greater than himself.

One by one, every boy told his story of remembering that at some point in his life, he had felt connected to something or someone greater than himself. They pointed to their churches, their families, nature, even mystical experiences of prayer and closeness with God. And they said they would like to share their stories. We would begin each group with a short reflective piece, one person would share his story without interruption, and then the group could provide reflective feedback of identification, inspiration, or insight. We would close with the presenter’s choice of a song, poem, or quote.

Many boys spoke of growing up in the wild, wonderful West Virginia wilderness, finding God sitting with grandparents on the porch, discovering their own talents of academics, music, and more. They also shared a consistent theme of grief and loss: lost identity, lost hope, lost purpose, lost family members, lost innocence. They expressed the gamut of emotions that colored their memories: joy, gratitude, anger, fear, sadness, shame, guilt, and for some, hopefulness.

Harrison spoke of witnessing his father getting shot. Wayne told us of asking God to be his parent when he was abandoned by his parents as a boy. Marshall admitted his substance abuse began as a way to connect with his grandmother, whom he longed to know better. Braxton wrote and played for us a song about his hope to grow up to be a defender of children instead of an abuser. Ritchie shared poems of his journey through darkness and disbelief. Taylor described his desire to go to college and be an educator in a jail for other offending youth. Preston simply expressed that being able to share his story allowed him to feel connected to the other residents, which allowed him to believe that maybe God is unconditional love. Grant said he couldn’t reconcile his shame and admitted he’d like to seek more intensive counseling for healing.

And Tucker described his insatiable curiosity about other religions. On Ash Wednesday he asked if I would provide him ashes, so I did. Immediately behind him formed a line consisting of the entire roomful of boys. We discussed Lent as a time to name our brokenness and our need for healing, and to make sacrifices in order to feel the emptiness of our needs. The boys said they wanted to participate, and we agreed that each week we would check in on how we were doing on our Lenten sacrifices. The week before Easter, Tucker said he had called his estranged parents to reconnect again and ask for forgiveness. He described tearfully, while also smiling and looking down at his feet, how it felt when they granted him forgiveness. He said he understood what it felt like to be blessed. He lost his sense of shame and his wariness of his future. But, he said, he had dropped the ball on giving up orange drink: “You have to forgive me, Chaplain Matt … don’t forget, I’m an addict!” You are forgiven Tucker; enjoy the freedom.

Although I now work over 500 miles away, in a big city with big buildings, big shoulders, and big pizza, those West Virginia boys remain a cherished part of my journey in ministry and accompaniment. I treasure being with them in their needs, encouraging them to name their hopes and fears, to put the pieces of their broken lives back together through storytelling and reconciliation, and creating spaces of trust and solidarity. Those are some of the many gifts they gave me that I rely upon in patient encounters today. I still hope for their continued healing and freedom. Montani Semper Liberi. Mountaineers are always free.