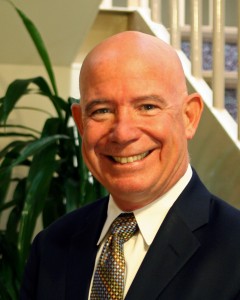 Not One Way, Not My Way, Not Even the Right Way (2003: October)
Group projects are always difficult because there are so many variables involved. Father Driscoll reflects on the monumental task of writing universal standards faced by the representatives of the North American chaplaincy organizations.

Looking to Luke and His Jesus at the Water’s Edge (2003: August/September)
Luke 5 is a story that will push us to go out further and deeper form what is crowding our lives.

The Valiant Words of Christ Bless our Advocacy (2003: July)
This article is Father Driscoll’s homily for the Celebration of the Eucharist on June 9, 2003, at the 88th Catholic Health Assembly in Orlando, Florida.

Many Rooms in the One House (2003: June)
As announced in the April 2003 Vision, NACC will be exploring universal standards for certification, professional ethics, and pastoral education with other cognate groups, Father Driscoll explores the meanings of the words “universality” and “particularity” as they apply to our Catholic association.

HIPAA Calling the Question: Is the chaplain a health care professional? (2003: May)
Father Driscoll writes about varying interpretations of the HIPAA regulations governing “protected health information.”

Rummaging through the Boxes of Vatican Council II (2003: March)
Some things get lost. The Second Vatican Council renewed and revised the sacred rites of the Church; but the revised rite of viaticum never really made it off the printed page and into the pastoral practice of the Church.

Chipping Away at Stone-hard Prejudice (2003: February)
How can I become more aware of my own prejudices? How can I be vigilant of my own reactions and biases?

Wrapped around the Shoulders of a Strong Christ (2003: January)
We are a body that is once national, while at the same time closely formed as an association; that is deliberate and particular in our Catholic identity; and that is intentional in our universal claim to a profession of chaplaincy and supervision.

Laying Down One’s Humor for One’s Friends (2002: November/December)
These are a few stories of light and laughter from Father Driscoll’s travels.

Reflection Off the Vineyard (2002: October)
God calls us to be fruitful, not successful.

Looking Again for a Beautiful Cloudless Sky (2002: August/September)
For the one-year anniversary of the terrorist attacks of September 11, Father Driscoll reflects on how we are still trying to cope with this national tragedy.

Living Faith Buried Deep in Our Church (2002: June)
Father Driscoll writes about his trip to Rome in May and reflects on the role of the laity in the Church.

Welcome to My World (2002: May)
Focusing on our church in the United States and pastoral care, we recognize that in some ways we are worlds apart. We have a unique opportunity with the fall symposiums to bring many worlds together: the worlds of bishops and dioceses, the worlds of chaplains and health care institutions, the worlds of pastors and parishes.

And the Nominees Are . . . Spiritual Care, Pastoral Care (2002: April)
Rev. Driscoll reflects on the nuances between the terms spiritual care and pastoral care.

Epiphany in Threes (2002: February)
Three significant events have happened that I would observe are pointing to a new chaplaincy that is coming in some measure because of, but also in spite of, our efforts.

Not Only Smoke Rising from Ground Zero (2002: January)
Father Driscoll visited the site of the World Trade Center disaster in early October 2001. He shares his experiences there, especially his encounter with New York Police Department Captain Ken Mekeel, the person in charge of the disaster mortuary.

Energy Swirling in a Room (2001: July)
Taking the Symposium in Baltimore as the focus of energy swirling through the Association, Father Driscoll discusses changes precipitated by the Symposium, including the planning of a follow-up symposium in 2002; changes made to Association governance by the NACC Board of Directors; and changes in the make-up of our membership.

Dragging up the Fruits of the Sea (2001: June)
Father Driscoll writes about his upcoming sabbatical.

A Moment in Time (2001: May)
“Advocacy for our members is one of the primary reasons we exist.” In planning for Symposium 2002, Father Driscoll explores the prime opportunity to advocate for chaplains with the bishops.

Transformation in Progress: Implementing the Mandate of the Task Force on Restructuring (2001: April)
In this article, Father Driscoll reports on the changes that have taken place in the restructuring of the NACC regarding the Board of Directors, new director positions, current staff positions, national office space, and identity direction.

The Stuff that Dreams Are Made Of (2001: March)
“Dreams are potent allies to both the patient and the chaplain in their conversations. Dreams finish the incomplete sentences of day conversations.” Father Driscoll explores working with dreams.

Dancing toward diversity (2001: February)
Father Driscoll ponders how to use available resources to lift out and empower a more culturally diverse association of professional chaplains and CPE supervisors.

The Role of the Rule of Law (2001: January)
Reflecting on the role of the law in the 2000 presidential election, Father Driscoll writes about Church law, ethical dilemmas, and the role of the chaplain.

Never Not the Professional (2000: October)
“Everywhere we go and everything we do reflect on our profession,” writes Father Driscoll on the topic of professional health care chaplains.” And the more professional we are, the stronger the profession.”

From the Rising of the Sun to the Setting of the Same (2000: August/ September)
Isolation, insulation, and ignorance can trip people up on their life’s most important journey. Father Driscoll remembers a friend who had a good death.

Life’s Growing Pains (2000: July)
Father Driscoll contemplates growth-slow, painful, unpredictable,
cyclic-in our lives and in the life of the Association.

Shaking Out the Named and the Unnamed in 35 Years (2000: June)
In celebrating the NACC’s 35th anniversary, Father Driscoll looks back and considers those whose names are lost to us but who have advocated or quietly negotiated successes for the Association.

Come to the Water (2000: May)
The May issue of Vision contains a special section on Integrative Health Care. Father Driscoll writes, “Integrative health care, it seems to me, is integrative healing. The tools of medicine are used by the persons whose spirit-energy-constitutes healing.”

Do You Have Any Change? (2000: April)
“Change is awkward, messy, and infuriating. At least initially,” writes Father Driscoll, discussing change in the context of the profession of chaplaincy, the Catholic Church, and the NACC.

Forecasting Death (2000: March)
“There is no such thing as a bad death, only bad surroundings,” comments Father Driscoll writing about what contributes to a good death and the upcoming PBS series, “On Our Own Terms: Moyers on Dying,” which premieres in September.

Treasures Out of the Darkness (2000: February)
Father Driscoll reflects on his experiences as a traveler to Ghana as a participant in the 6th ICPCC in Accra (August 8-15, 1999). This article is part of a series on the conference in the February Vision.

Fired Up for 2001 (2000: January)
Father Driscoll looks ahead to 2001 and announces the NACC international symposium, “The Sacrament of the Anointing of the Sick: Theological and Pastoral Implications in the New Millennium.” He reflects on the need for all parties to the discussion to approach this topic from a change of perspective.

Chaplaincy Around the Bend (1999: November/ December)
“Where’s the Church?” Father Driscoll ponders the re-definition and the re-location of spiritual health care services to the parish. He calls for the re-allocation of Association resources so that the NACC can be a catalyst for change.

Dying Today for a Death Tomorrow (1999: October)
Father Driscoll reflects on his participation in and the group dynamics of the 6th International Council on Pastoral Care and
Counseling (August 8-15, 1999), Accra, Ghana.

Staring Out of Windows: A Theological Reflection (1999: August/ September)
Father Driscoll writes about learning, listening, and laughing during his ministry in Peru. This article is part of a series on Spiritual Care International in the August/ September Vision.

How Far Do We Want to Move Outside the Walls? (1998: November/December)
In his article, Fr. Joe Driscoll questions his Irish luck when he is confronted by an urgent need for his ministry in an Irish pub in Nashville, Tennessee.

From Dis-ease to Rest (1998: August/September)
Fr. Joe Driscoll discusses prayer as a quality of resting and the role of the spiritual caregiver as leading the patient (or client) from “the place of dis-ease to the place of rest within the concrete meaning of love in their life.”

Worries in the Workplace (1998: July)
Fr. Joe Driscoll discusses the tension and worry that occur in the workplace, especially in the strain of human relationships. He asks chaplains to consider how do they personally live out their working life in their work setting and how do they minister to others to help people create a more healthy work environment.

Keeping Our Balance Walking in the Church (1998: January)