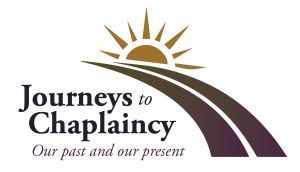 I was a 16-year-old high school junior in the spring of 1965 when I became a volunteer at Oak Forest Hospital, a geriatric facility in south suburban Chicago. I had an ulterior motive, as my great-grandmother was a resident, and 16-year-olds weren’t allowed to visit, except on Sunday afternoons. That was the first time that the Lord taught me the gift of presence. She died that December, but I had my first taste of what I would be called to do with my life.

I entered hospital administration by a side door. As a fairly recent college grad in 1973, I got a job selling surgical dressings and disposable operating drapes. I met several hospital administrators and asked them about their careers. Making that big, complex machine run was fascinating. Before long, I was applying to the master of health administration program at St. Louis University. I was not Catholic then, but I realized that Catholic healthcare had a great attraction to me.

After graduating in 1976, I got my first job at St. Mary’s Hospital in Duluth, MN. I was asked to work with our “sister visitor program” and two priest chaplains and one Lutheran minister, with the goal of becoming a pastoral care department – a budding concept at that time. Our lead priest, Fr. Eugene McGlothlin, OSB, was a spiritual partner and guide to me. During the process, I enrolled in RCIA at my parish and became Catholic. Fr. Eugene went on to become the board chairman of NACC in 1994. He planted a seed in my brain about chaplaincy that lay fallow for a long time.

I had spent 25 years as a hospital chief operating officer or CEO when I went on retreat in 2007 at the Jesuit Spiritual Center in Milford, OH. Our retreat master challenged us, during a deep dive into the Ignatian spiritual exercises, to seek the message that the Lord had been sending us, to which we had been deaf.

After a long, sleepless night, I realized that my journey through hospital life, my service on a hospice board, all the family members that I had helped at end of life – they were all sending me toward an encore career in service through chaplaincy. Initially, I thought that would be with a hospice provider.

What I did next seemed sort of insane to all my colleagues. I resigned as hospital CEO, applied to the lay pastoral ministry program at the Athenaeum of Ohio, put our house on the market, and looked for a staff position so that I could attend seminary in the evenings. The Lord obviously liked the idea that I was listening. Everything fell into place so quickly that I wondered why I had spent the first 59 years of my life thinking I was somehow in charge. My wife, a retired Catholic school teacher and saint among women, supported me in this late career shift.

I spent the next six years working for The Christ Hospital in Cincinnati, including developing relationships with long-term care facilities. I came to understand through that work that my call was not to hospice, but rather to working with older adults in long-term care. I retired in 2013, finished my master’s in pastoral care in 2014, did CPE in 2015-2016, and have worked as a chaplain at Twin Lakes Senior Living Community since 2017. My wife and I moved to Twin Lakes last fall, where we reside in independent living.

My entire adult life has been immersed in healthcare. My first career taught me about organization and operation, and I still use those skills. Our residents often ask me to explain how the healthcare system works (doctors, hospitals, insurance companies, review organizations, hospice providers), and sometimes to intervene on their behalf. I guess I know where to grease the squeaky wheel.

My second career in chaplaincy has taken me to the bedside and into the homes of a wonderful group of older adults, with whom I’m sharing the love of the Lord. Walking this journey, and providing the gift of presence, with so many is a joy.