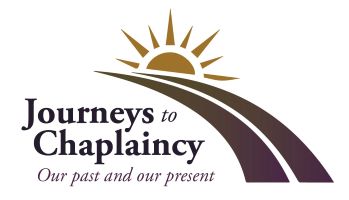 Since I spent 30-plus years in entertainment (music, theatre, radio, television, and film), chaplaincy might seem a far cry from my first career. Yet like many other artists of color, my earliest performances were in church. My family boasts a couple of career musicians, including my father, a fairly well-known jazz pianist. His father, however, was a deacon in the African Methodist Episcopal church. So on some level, my becoming a pastoral minister makes me feel a kinship with a grandfather I never knew.

My mother was Catholic, and I attended parochial school under the guidance of the Sisters of the Immaculate Heart of Mary, resulting in a scholarship to Catholic University’s speech and drama department.

After launching my career as an actor, I never took for granted the years that I could make a modest living doing what I loved. But in the early nineties, I hit a perfect storm. I was nearly fifty, in a town (Chicago) that favored young actors. I was burned out. My immediate family members were dying at what seemed an alarming frequency, and I traveled back and forth to the East Coast to be with them. With so little industry work, I temped at Catholic Theological Union and volunteered at the University of Chicago Wyler’s Children’s Hospital.

Together they provided a safe place and soft landing, where I began to imagine my next phase. I always had a heart for the sick, and I loved hearing other people’s stories. I felt at home in the clinical setting, but knew I couldn’t handle the science needed to be a hands-on caregiver. Eventually, I heard the still small voice: “You’re not a scientist, but you can listen.”

When my husband got a job in Seattle, I followed him there and continued CPE. At first I was wary of Reverend Grant, one of two CPE supervisors at Seattle’s Harborview Medical Center. He was white, male, Protestant, and Southern. Yet not coincidentally, I believe, his very vocation was forming ministers of color－to help us find our own unique voices. As a trained opera singer himself, he understood my artistic discipline, but of greater value to me was that he pressed me to do a deep dive into my own racial identity – which I hadn’t really done before.

He supported my growth until I understood what he meant: that I encounter patients from the same heart space where I was most authentic, joyful, and good-humored. He wished for me to use my unique gifts for communication to touch people at a deeper level.

In frequently ministering to dementia patients with Providence Hospice of Seattle, music and imagination became strategies for me. Dementia patients are not often in the moment, but music often elicits pleasant memories, fostering relaxation and life review.

If the patient mistook me for someone from the past, I did not push, but listened and prompted more storytelling. Those beyond verbal skill were often comforted by my singing popular songs from their generation or liturgical songs to accompany prayer and communion.

Other transferable skills which have persisted are keeping a nice appearance and a pleasant speaking and singing voice. Both have implications for ritualizing at the bedside, family conferences, the de-escalation of anxious mental health patients, and communicating presence to semi- or unconscious patients. Grounded presence in the moment, plus my ability to improvise, individualizes prayer and ritual. My use of patient narrative and storytelling has comforted both patients/families in crisis mode or actively dying.

I was recruited to co-write rituals for the Providence Health System marking anniversaries or new organizational rollouts. I used my wit and on-camera experience from corporate industrial films to appear in new hire videos. I designed annual retreats for hospice’s interfaith spiritual care department.

At the marketing director’s request, I wrote a playlet as an adjunct to a touring photo exhibit, “Portraits of Healing.” I also joined our director of grief support services (himself a former Shakespearean director) to present “Grief at the Holidays,” with spoken word, music, visuals, and poetry as well as education on self-care.

I also facilitated the closing night ritual for Jamie Moyer’s Camp Erin, a program for children grieving the loss of a loved one. As the Griot, I moved campers from theatre play to ritual, using a musical motif from “The Lion King” while the children set their handmade memory candles afloat on the lake.

These rituals spark memories. I’m reminded of how my gifts have transformed my family’s heritage into a compassionate way of caring for and consoling other families.

Maggie Finley, BCC emerita, is a former chaplain at Providence Hospice of Seattle and a spiritual director with the Ignatian Spirituality Center.