Home » Vision » January-February 2021 » If you’re being introduced to a racist: What would Jesus do?

About three weeks into a new posting, a man at my new parish invited me to have breakfast with his family. My first thought was that it was too soon, but then I remembered that a lot of people were still wryly eyeing me and being very measured in their interactions. Why not embrace this offer of friendship? So we agreed on a Saturday morning after Mass. I had desired to drive in my own car so that I could leave on my own time, but he volunteered to drive me and I agreed. 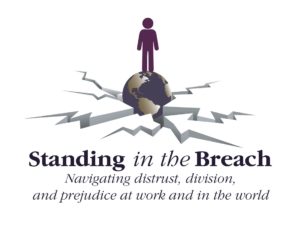 Then, on our way to his house, he turned to me and said, “I really don’t know whether my wife will accept you.”

I froze and my heart sank. Why didn’t he sort it out with his wife first before inviting me? This isn’t right. And then he continued: “She is one of those people who don’t like people because of the color of their skin.” I felt a stab to my heart. What am I supposed to do? What kind of man is this? What is he trying to show, anyway? He continued to drive and talk, but like a patient under anesthesia, I was gradually losing my consciousness under my own thought process. My first thought was to command him to stop and then to get out of the car and walk back to the church. That would send a very clear message to him that I don’t have time for racists.

But then a disturbing thought flashed through my mind: “What would Jesus do?” Suddenly, in a macabre sort of way, I felt a very deep connection with this man. Like the multitude of disabled people in John 5:3, bound together by their shared fate, I felt bound together with this man by the ignorant worldview of his wife. Should I focus on the love and friendship of this man, or the expected racism of his wife whom I had never seen? Should I focus on his pain (disappointment in his wife’s racism); his anticipated embarrassment (that his wife might not accept me); his vulnerability and moral distress (sharing such intimate truths openly with me); or the anticipated hostile reaction from his wife?

What would Jesus do?

My new friend’s problems were my problems: how to deal with a racist. He had a wife who judged people by the color of their skin; I had the skin color she didn’t like. What a connection! Suddenly, we arrived at the house and walked in. I could see a woman sitting in the kitchen area and another young man standing and facing her. They did not turn towards the door. My host looked at me and froze. You could see horror in his face.

But I decided to take charge. Am I not their priest? They are now my patients. Let me look, listen and learn. I squeezed past him and instead of allowing him to lead me into his own house, I led him. “Hello! hello! hello!” I said. “There’s a stranger in your house.” They turned and looked at me. I placed my left arm around the woman’s shoulder in a hugging gesture. She smiled and thankfully did not swat my hand away. Facing her were their three children, a boy and two girls – all college kids, all whom I hugged one after the other. In a few short minutes, they were all chattering like parrots while telling me what they were studying and doing. My host was looking at us. I wondered what he was thinking. I suddenly turned to the woman and said: “I’m so hungry. Anything to eat?” She got up and said, “OK, let’s see.”

As usual when you visit an American family for the first time, my host showed me around their house and property. We eventually made it back to the dining table, where a sumptuous breakfast was waiting for us. I sat down with the whole family, and for the next three hours, we shared and giggled and laughed. The atmosphere was electric. Finally, I got up, thanked them, and said it was time to go. The woman, beaming, held my hand, thanked me profusely for visiting, and made me promise to come again.

I did. In a space of five months, I visited them three times. They are still my very good friends. As we say: there are no strangers in this world, only friends we haven’t met. We all come from a place of deep insecurity which manifests in so many different ways.

So next time a patient says that s/he doesn’t need you due to your skin color or gender or religion, remember to ask yourself the question: what would Jesus do? Next time someone asks where you are from or where your accent is from, pause and ask yourself: what would Jesus say? Then, remember, at that very moment to “do whatever he tells you.” (John 2:5)

Never forget that Jesus is the quintessential chaplain; the director of spiritual care, Heavenly Hospitals Group, Forgiveness Plaza, Love City, Paradise. He experienced it all – distrust, division, prejudice and eventually death – and all the while maintaining his moral center!

It shall be well.