Don (not his real name) was on a vent in the ICU. He had arrived in the emergency department just a few hours earlier in severe respiratory distress. He had been a frequent patient in the ED, sometimes able to discharge home and sometimes being admitted. But this time, things were worse. The intubation was emergent and his family was distraught. As with each of his past trips to the ED, the staff asked if Don had an advance directive. 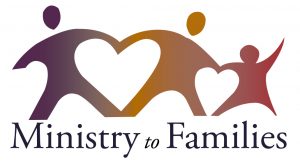 The Federal Patient Self Determination Act of 1990 allows adults to express their desires regarding medical treatment in advance. The act does not require anyone to have an advance directive, and medical facilities cannot refuse treatment to those who do not have one.

Don’s significant other, Mindy, was in tears. She explained that they had several uncompleted booklets sitting on the dining room table. They kept meaning to get to it. Don’s visits to the emergency department had increased as his metastatic lung cancer progressed, but they just never got the document done.

Many families are overwhelmed by the thought of making decisions for a loved one, and there are many misconceptions. But a chaplain who has developed a relationship with a family can be a key support in walking this journey with them.

Hospitals must ask, maintain policies, document, comply with state law, provide care even if there are no directives, handle complaints, and provide staff with education. A patient in any unit of a hospital can find themselves unable to express their wishes regarding medical treatment, and the decision-making responsibility goes systematically to family. Many states have a hierarchy of decision-makers, e.g. legal guardian (if there is one), spouse, majority of adult children, etc. It is important to check state law and communicate with risk management when it is difficult to determine a decision-maker.

Working with Mindy, our spiritual care team contacted a 21-year-old daughter, a 17-year-old daughter, and a sister. We found that Don had been married and had separated from his wife more than 15 years earlier, but they never legally divorced. Mindy said this was another thing that Don just never got around to. The estranged wife was found — she did have a working cell phone, but was homeless, living in another state 900 miles away. Because there was a warrant out for her arrest, she was afraid to travel even if the team could make travel arrangements. Via her cell phone, the estranged wife became the decision-maker. Mindy was distraught at Don’s critical condition, but the difficult emotions were compounded by the fact that she had no say in what was going on and that she could not get any direct information. Luckily, Don’s oldest daughter was mature beyond her years and provided information to Mindy.

Chaplains often wade directly into the midst of very difficult family dynamics. We don’t impose solutions, but our tools of active listening, spiritual presence, and challenging (to name a very few!) can help families navigate experiences that they never thought they would have to face. A loved one’s critical illness often serves to heighten the anger, hurt, and fear that are present in a severely dysfunctional family. The interventions provided by a spiritual care team can mitigate the worst situations and help a family work together, even if it is done grudgingly.

There was concern among the team that Don’s estranged wife would make decisions based on some path to her own financial gain, or to impose additional emotional hurt on her older daughter. One conversation between her and the daughter ended with a cell phone crashing against a wall in ICU.

After over a week in ICU, with many other ups and downs, Don was terminally extubated. Don’s sister and her family were Catholic and active in their parish. Don grew up nominally Catholic and had recently talked to Mindy about his Catholic faith and the comfort that he had unexpectedly found in that background. The family in town gathered at the bedside before the extubation. We shared scripture, prayers, stories, and a blessing. We prayed together after Don expired. Don’s immediate family was heartbroken, but drew closer in this deep loss.

Chaplains can have a key role in sorting through details by working with a family around medical decision-making. Chaplains’ real work is in dealing with the varied emotions and spirituality that are present in these experiences. Our ability to assess, intervene, and affect outcomes are invaluable to families as they make medical decisions.