Why should we seek God’s will instead of our own? Paradoxically, why are we given our own will if, as many say, following it leads to disaster?

These are religious questions, but religion is suspect in our age. So perhaps no surprise that one of the most spiritually insightful films of 2015, now available on DVD, has nothing obviously spiritual or religious about it.

Pixar’s Inside Out on the surface appears to be an excellent animated family film. Its simple plot is insightful and wise. Five emotions — Joy, Fear, Anger, Disgust, and Sadness — are portrayed as individual characters working in a control room inside the head of an 11-year-old girl, trying to navigate her through the transitional crisis of her family’s cross-country move. Led by Joy, these emotions draw upon the girl’s childhood memories, each one represented by a colorful ball, to help her make the transition happily. 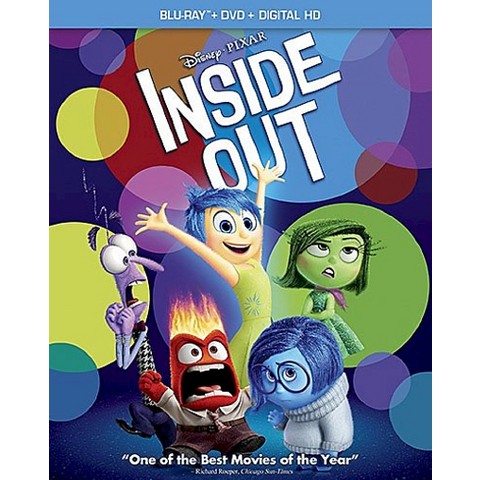 But one emotion seems like a disaster waiting to happen. Every positive memory that Sadness touches turns gray and hopeless. Despite Sadness’ efforts to stay out of the way, and the other emotions’ valiant efforts to rescue the girl from her grief, an inevitable crisis reveals at the climax that Sadness isn’t the danger, but the solution. The release of the girl’s tears allows her to pass through the death of her past memories in the face of new realities. Then, and only then, can healing and new life begin.

An inevitable crisis reveals that Sadness isn’t the danger, but the solution.

Chaplains often encounter this scenario, where sadness is turned to only as a last resort, much as in religious terms people turn to God’s will only when disaster overwhelms them. Much of a chaplain’s work consists in helping people to mourn their losses, or in religious terms, to accept God’s will. Thus both sadness and God’s will appear costly and perilous. Inside Out gently helps its audience not only to accept grief but to recognize that grief leads not to inner poverty but rather to new riches. So too then the acceptance of God’s will?

At the movie’s end, the audience realizes that the little girl is growing into a larger, adolescent self. Does this help answer the initial questions above? Julian of Norwich observed that “it is quicker for us and easier to come to the knowledge of God than it is to know our own soul.” This is because our larger selves lie hidden in God. Dying to our smaller selves and accepting God’s will makes possible the discovery of our larger selves. Inside Out provides a child-safe demonstration. But it also cautions chaplains: Life’s deepest wounds are seldom child-safe, especially when they happen in childhood. Chaplains can confuse child-safe with God’s will and recoil from the initially terrifying and often disguised faces of grief represented by Fear, Anger, and Disgust. A chaplain’s capacity to face these troubled faces of grief is critical to the art of healing from the inside out.