Because of an uptick in the census, the director of pastoral care needs increased on-call coverage over the Fourth of July holiday when you are already scheduled to be away with family.

The new CEO of the hospital decides certain budgets will need to be cut for the coming fiscal year. Yours is one of them.

We all know that conflict is part of life as a chaplain. On any given day, we may find ourselves dealing with an unhappy patient or a colleague with whom we don’t see eye to eye. When the tension is with our boss, however, the angst ratchets up a notch. All of those listening skills that we so readily draw upon when ministering to a patient seem to go out the window. We are tempted to think the ordinary rules don’t apply if the other person has more power. It’s hard to figure out how to speak up effectively when you are speaking “up” the chain of command. But leadership is not a top-down activity. There are ways of showing leadership in tough conversations, even if you are not the person in charge. 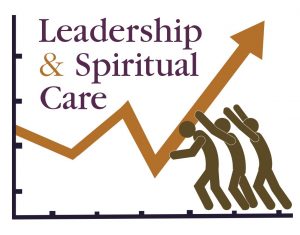 Speak Directly
Tension originates when two people see something differently. Triangulation is the tendency to bring third parties into the disagreement. In its most blatant form, triangulation involves explicitly asking others to lend their weight to influence the outcome in our direction. But often we triangulate without even knowing it — by informally sharing our perspective with others to blow off steam, saying all those things we don’t dare say face to face to the one with whom we are frustrated. Psychologist Ted Dunn notes that triangulation flourishes in settings where people are conflict-avoidant and where people feel they don’t have the power to influence the situation via approved channels.i Naturally, then, we might expect triangulation to flourish in the spiritual care department: Chaplains often have few formal means to influence institutional decision-making, even in circumstances that directly affect their own well-being.

Chaplains have all experienced triangulation in healthcare settings — the family that demands an ethical consult instead of first asking questions of the doctor, the patient who complains to the chaplaincy department instead of talking to the nurse. We wish others would just speak directly when they are aggrieved, rather than bringing us into the mix. But when we feel we lack power, it’s hard not to slip into the same patterns of behavior.

Effective “speaking up” begins with speaking directly to the other person, even though the power differential may increase your nervousness. If you need to talk to a friend to get advice and bolster your courage, that is fine — so long as it is clear you are not asking the friend to get involved. The purpose of such conversation is to get coaching, not to garner support. Don’t say anything to your friend that you would not be willing to say to your supervisor directly. Anything you share with another could get back to your supervisor somehow, even if that is not your intent.

The more public a conversation becomes, the less likely your supervisor (or anyone, for that matter) will be to change his or her mind. Once a disagreement is public, people tend to become more wedded to their positions. When the conversation remains between the two of you, the stakes are lower. It leaves space for more comfortably re-thinking earlier plans without embarrassment.

The more public a conversation becomes, the less likely your supervisor (or anyone, for that matter) will be to change his or her mind.

So before speaking to the CEO about what troubles you, let go of the notion that the conversation is for persuasion. Instead, set more manageable goals. There are still many things you can gain from talking directly, even if the other doesn’t change his mind. First, you can learn something you don’t already know: Why does the CEO see it differently? Why does this matter to him? What data led her to this conclusion? What is the intent behind his decision? Why does this line of action make sense to her? Second, you can share your perspective. You can talk about the decision’s impact on you, how you are feeling, the doubts you are wrestling with, the data that maybe the CEO doesn’t have. Finally, you can invite the CEO to problem-solve with you to figure out the best way to move forward.ii

Sometimes when you share your own back story, your supervisor will become more aware of the difficulties a decision has created for you and will change her mind. It does happen. But, sometimes, as you discover more about what your boss is dealing with, you will come to agree with the course of action she wants to pursue. And, sometimes, the two of you will figure out a third option that meets both of your interests. All three of these potential outcomes constitute a win for you — not just the first one. Be open to any of the three happening.

What Is Persuasive?
So what elevates your chances of positively influencing the situation, even if you are not in charge? Each of us stakes a position in a conflict based on what we consider to be important. (e.g. “I will not change my Fourth of July plans because I’ve already put a deposit on a cabin. My spouse will have my neck.”) Often we go into conversations having well thought out all of the reasons that support the position we hold. We think that once we share these superlative reasons, the other person will be so wowed that she will change her mind. But it rarely goes that way. Instead, she becomes defensive and more intractable. What is far more effective is to find out and explore what she considers important. Her position is grounded in her interests, not yours. And for her to change her mind, she’ll need to know how your alternative solutions also address those interests.

Roger Fisher, the founder of the Harvard Negotiation Project, notes that negotiated agreements rarely last unless both parties feel their interests were met.iii Fortunately, in many cases, this is not difficult to do. We have lots of shared interests. Even if we don’t read the information in the same way or arrive at the same conclusions, we do have many common hopes. We both want adequate coverage over the holiday weekend. Neither of us wants to have irritated spouses. We both want the hospital to be financially solvent. Neither of us wants to cut staff. The best option for moving forward is the one that will meet as many of our shared interests as possible.

Bosses are people, too. And even though it seems like there should be a different set of rules governing conversations with those in power, all of the same practices and attitudes we would demand of ourselves in dealing with patients — listening, respect, charitable interpretation, honesty — still apply when we talk with supervisors. Don’t expect more of your supervisor than you would expect of yourself. Even if not immediately reciprocated, model the style of communication you would like them to use when your supervisor speaks to you.

Ann M. Garrido, who spoke to the NACC annual conference in 2015, is a Catholic theologian, conflict mediator, and author of the newly released book Redeeming Conflict.