As the 2013 Conference Planning Task Force continues to work on bringing quality to your conference experience, they have identified and confirmed four plenary speakers who will bring the theme of “Three Rivers Converging: A Call to Faith, Identity, and Action” to fruition during the conference. As the image of the three rivers of faith, identity, and action converge in our call, we embrace the invitation to be ministers of the church, professional spiritual care providers, and people of hope. In keeping with the conference theme and issues, the committee is happy to present the roster of Plenary Speakers for the 2013 Conference in Pittsburgh, PA, April 13-16, 2013.

Father Donald Goergen is a Dominican priest, teacher, lecturer, and author. He has taught, lectured and given retreats in Asia, Africa, and throughout North America. He was previously provincial for the Dominican Friars of the Central Province as well as president of the Dominican Leadership Conference. He co-founded the Dominican Ashram, a contemplative Dominican community and ministry of prayer, 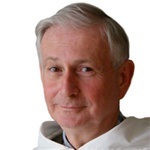 in which he lived for nine years. He previously taught and currently teaches at the Aquinas Institute of Theology in St. Louis, MO, where he is also prior of the formation community. Father Goergen’s doctorate is in systematic theology, his dissertation on Pierre Teilhard de Chardin, and his current interests include contemplative traditions, East and West, the evolution of consciousness, and the thought of Thomas Aquinas as a spiritual master. He has published many articles and 10 books in the areas of Christology and Christian spirituality, including “Fire of Love, Encountering the Holy Spirit” (2006). Among other honors awarded him, he is the recipient of the 2010 Yves Congar Award from Barry University in Miami, FL.

On the topic of Faith
We are a people of faith. It is this faith, propelled by our baptismal call, that is the grounding and source of who we become. Our faith is a river that moves and motivates us in our ministry. 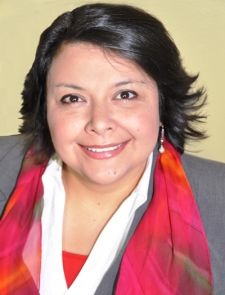 Neomi DeAnda, a Tejana, is a faculty member and director of the Oscar Romero Scholarship Program, the Hispanic Theology and Ministry Program at the Catholic Theological Union in Chicago, IL. She holds a doctorate in constructive theology from Loyola University Chicago, where she wrote a groundbreaking dissertation retrieving the writings of Sor María Anna Águeda de San Ignacio (Puebla, Mexico, 1695-1756) that focused on images of God and Imago Dei as understood through the image of Mary’s breast milk. She received a Hispanic Theological Initiative Fellowship for this project. She also holds master’s degrees in theology and educational leadership. Her research interests include religious history of 17th-19th centuries’ Mexican convent nuns, religion and culture, feminist studies, religion and Latino/a theologies and pedagogies. Ms. DeAnda also serves as the treasurer for the Academy of Catholic Hispanic Theologians of the United States (ACHTUS) and co-chairs the Latino/a Religion, Culture and Society Group of the American Academy of Religion.

Recently, she was named by the National Catholic Reporter as one of 12 Catholic women under 40 making a difference in the church. For a copy of the article, you can go to: ncronline.org/news/people/12-catholic-women-under-40-making-difference.

On the topic of Identity
We are ministers of the church and compassionate listeners who provide a healing and caring presence. Our identity is a river that challenges us to claim our roles as Catholics, as professional chaplains and CPE supervisors, as members of the NACC, and as active participants in the broader society.

Father Myles Sheehan has served as the provincial of the New England Province of the Society of Jesus since 2009 and is responsible for the Jesuits and their ministries in the New England area. 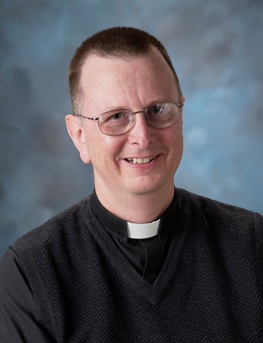 Prior to beginning this position, Father Sheehan served as senior associate dean for Loyola University Chicago’s Stritch School of Medicine. He also directed the Ralph P. Leischner, Jr. Institute for Medical Education and served as professor in the Department of Medicine. He received a faculty fellowship from the Project on Death in America from 1999-2001 and developed the Recovering Our Traditions curriculum aimed at improving end-of-life care in the Catholic community. Prior to that he also served at Boston’s Beth Israel Hospital and as an instructor in medicine at Harvard Medical School, where he developed a curriculum in geriatric medicine. Father Sheehan graduated from Dartmouth Medical School in 1981 and trained in internal medicine and geriatrics through the Harvard Geriatric Fellowship Program. In 1985, he entered the Society of Jesus, New England Province, and was ordained to the priesthood in 1994. He also holds a master’s degree in philosophy/healthcare ethics from Loyola University Chicago and a master’s of divinity from Weston Jesuit School of Theology. In 2006, he co-edited (with Kayhan Parsi) the book “Healing as Vocation: A Medical Professionalism Primer.”

Father Sheehan is the co-host of “Aging Gracefully,” a five-part miniseries addressing issues for the elderly on CatholicTV. Watch an episode on Fears, Health and Psychological Issues at www.catholictv.com/Fears-health-psychological-issues-aging.aspx.

On the topic of Faith

Our faith and identity drive us to take what we have learned and use it in the service of our ministry. Action is a river that impels us to make an impact on our environment and to grow spiritually, to be ministers of the church, professional spiritual care providers, and people of hope. 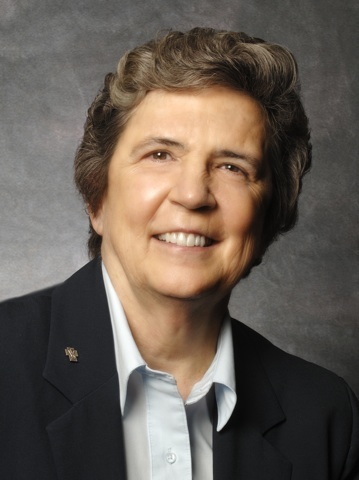 Sister Carol Keehan has served as the ninth president and chief executive officer of the Catholic Health Association of the United States (CHA) since 2005 and is responsible for all association operations and leads CHA’s staff at offices in Washington, DC, and St. Louis, MO. She has worked in administrative and governance positions at hospitals sponsored by the Daughters of Charity for more than 35 years, including Ascension Health’s Sacred Heart Health System, Providence Hospital, Sacred Heart Hospital and Sacred Heart Children’s Hospital/Regional Perinatal Intensive Care Center. She serves on numerous boards and committees, including health, labor, and domestic policy committees of the United States Conference of Catholic Bishops (USCCB). Among her many awards, Sister Carol Keehan has received the Pro Ecclesia et Pontifice (Cross for the Church and Pontiff) from Pope Benedict XVI and the Leadership Conference of Women Religious (LCWR) 2011 Outstanding Leadership Award. In 2010, she was named one of

Time magazine’s “100 Most Influential People in the World.” She earned a bachelor’s degree in nursing from St. Joseph’s College and a master’s degree in business administration from the University of South Carolina, Columbia.