Home » The total breadth of chaplaincy: Wide-ranging, undefined, and uncredentialed 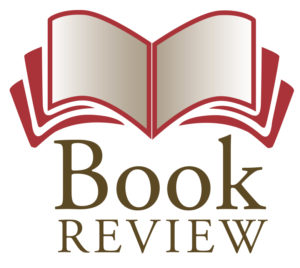 In Spiritual Care: The Everyday Work of Chaplains, sociology professor Wendy Cadge provides the first comprehensive study of how chaplains function across the varied sites where they serve.

Cadge is already well known in spiritual care circles for her 2013 book Paging God and her pivotal role at the Chaplaincy Innovation Lab of Brandeis University. Her new book confines itself to Boston: its prisons, municipal organizations like police and fire departments, colleges, and healthcare facilities. Interviewing 66 chaplains and embedding herself as much as possible in their work, Cadge provides panoramic coverage, including a valuable historical overview of chaplains’ role in some of the city’s most painful and violent events. Her analysis of “religious ecologies” (how religious organizations, formed in a given environment, are impacted by social and economic systems) is astute – and her prognosis for what she calls a “slippery, hard to define profession” is sobering.

Perhaps most unsettling is her observation that, basically, anyone can call themselves a chaplain. Less than a third of her 66 interviewees were “officially certified or credentialed as chaplains.” Although the Joint Commission and Medicare require that spiritual care be provided to healthcare patients, neither organization demands that the caregiver actually be a chaplain, however loosely defined.

Among the cohort Cadge studied, most chaplains had a theological education – which she acknowledges may reflect Boston’s abundant academic opportunities rather than any requirement. Just over half had “completed some CPE” (emphasis added). Many are simply local clergy doing chaplaincy on the side. She notes the dubious prevalence of quick online training, but she also criticizes elaborate certification programs like ACPE and its affiliates NACC, APC, or NAJC (though she stops short of naming them). She labels such programs overly “bureaucratic” and (worse) “archaic and discriminatory.” No money? No time? No certification.

The lack of any recognized standard across organizations (military, civic, healthcare, educational) can be attributed to the disparate communities that chaplains serve. Indeed, Cadge argues that chaplains often work in a kind of “cultural fog,” a liminal space where expectations are frequently unclear and exactly what a chaplain does (think “measurable outcomes”) is hard to define – making justifying positions and higher pay difficult. Despite raising the profile of chaplains, COVID did not alleviate this confusion, and as society moves in a “post-religious” direction, the rites and ceremonies that were once bread and butter to ordained chaplains have become less central.

Cadge’s book raises cross-institutional awareness and identifies some unifying best practices. But she primarily presents the contemporary chaplain as an improv artist, no matter where they serve: able to adapt to the needs of any person regardless of background; adept at providing safe space for mourning or meaning-making; and skilled at “code-switching” religious rhetoric as needed. Discourse becomes neutralized to fit all comers; presence is the primary practice. As one chaplain summed up, “We are silently there and do what needs to be done.”

While understanding the multivalent power of presence, Cadge doubts that it will promote institutional investment in chaplaincy. She instead urges spiritual caregivers to shake off their invisibility; to advertise their agility when dealing with universal human needs; to simplify training and embrace research as a unified group; and – not least – to nurture their own emotional and spiritual health.

Catholic chaplains will likely have a mixed reaction to this assessment. Presence is arguably central to our faith. Emmanuel – God with us – is the greatest gift of incarnation, the essence of Eucharist. To be utterly present is to love utterly. In a world of cruelly policed borders, love thrives in the liminal. Precisely because chaplaincy has been ill-defined, women denied ordination in the Roman church have been able to live out their priestly vocation as chaplains – albeit without title or sacramental license. Deacons, too, have found an additional niche for their call.

But as an institution based on hierarchy and orthodoxy, Catholicism is primed to confuse spiritual fluidity with syncretism. To stay in the institution’s good graces, Catholic chaplains must walk that fine line between a public emphasis on non-judgmental presence and a sincere, private religious motivation. Remaining relevant will demand adaptability: a willingness to abandon entrenched historical interpretations of spiritual care (often tangled up in patriarchy, racism, and clericalism) while making a commitment to open hearts and minds.

Even if it focuses only on Boston, Cadge’s new book widens our horizons. Read and savor it, including her information-rich appendix. Then do what chaplains do best: Listen and incline the ear of your heart.

Anne M. Windholz, MDiv, PhD, BCC, is a member of NACC and notes after reading this book that her credentials are “ironically superfluous.”