UPDATE: Both excursions are now SOLD OUT. Thank you for your interest.

Aquarium of the Pacific Excursion 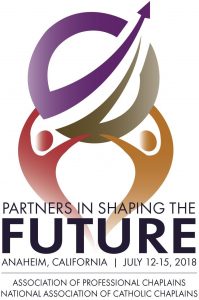 Join us as we explore the Aquarium of the Pacific. The Aquarium of the Pacific is a world-class aquarium, exploring the waters of Southern California and Baja, the Northern Pacific, and the Tropical Pacific. In addition to the three main galleries highlighting the major regions of the Pacific, the Aquarium features exhibits outdoors, including Shark Lagoon, the Lorikeet Forest aviary, and Our Water Future. Our special exhibits gallery features changing exhibits, and visitors can learn more about veterinary care at the Molina Animal Care Center. Meet our colony of Magellanic Penguins in the June Keyes Penguin Habitat, and engage with current science in the Ocean Science Center featuring NOAA’s Science on a Sphere®. Included in this excursion are transportation, aquarium admission and a boxed lunch. ($68)*

For more information on exhibits: http://www.aquariumofpacific.org/exhibits

Join us for an excursion that takes us back in time. Built in the United Kingdom in the 1930s, the Queen Mary’s rich history includes the Great Depression, World War II, the heyday of transatlantic travel during the late 40’s and 50’s and the eventual decline of ocean liners in the 60’s. Relocated to Long Beach, California in 1967, the Queen Mary is a historic reminder of a bygone era. Reborn as a hotel and attraction, the Queen Mary has become a Southern California historic landmark, offering people an opportunity to step back in time and experience the grand days of ocean liner travel. Tour the Queen Mary, learn all about its history, and listen to the stories behind the pictures and the artwork of the legendary ship. Included in this excursion are transportation, admission, self-guided audio tour and a boxed lunch. ($68)*

*IMPORTANT – Please note, in an effort to keep the cost of the excursions manageable for our attendees, APC/NACC requires a minimum number of participants for each excursion. APC/NACC reserves the right to cancel the program 30 days prior to the excursion if an insufficient number of people register. In case of APC/NACC cancellation, participants will be given the opportunity to move to another confirmed excursion or receive a full refund.